Go Where You are Being Fed 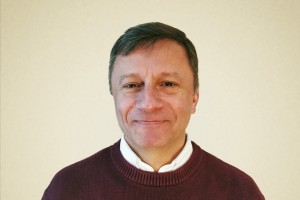 A reflection by parishioner Paul Golebie

Paul will be received into the Episcopal Church by the Rt. Rev. Dorsey McConnell at Confirmation on Sunday, June 3, 2018

A spiritual advisor once said to me in discussing church attendance, “you have to go where you are being fed”. Over the past few years I have certainly had the feeling that I am being “fed” at St. Paul’s. I had been a life-long member of a nearby church and involved in many facets of church life. But over the past five or so years, prior to coming to St. Paul’s, I slowly began to pull away. Something was just not sitting well with me and I couldn’t really put my finger on it. There was not one single event, issue, situation, or revelation that I could point to but rather numerous small discussions, insights, situations, beliefs, traditions, and rules that no longer felt right to me. I was often the one explaining and defending the church to friends and family and now found myself unable to do so.

What led me to the Episcopal Church and St. Paul’s was some internet research that revealed a church with beliefs similar to my own and an 8:45am contemporary service that I hoped included familiar music.

My first Sunday at St. Paul’s was both unnerving and comforting. It was unnerving as I wasn’t sure which door to use and ended up in what I now know as the undercroft before finding my way to the church. It was comforting in that the service was very similar to what I was used to, including the structure as well as much of the music. The friendliness of the priests and people was also comforting and made me feel very welcome.

It wasn’t long before I was approached by Garrett with a warm welcome and an offer to meet for coffee. We had a very enjoyable discussion and the following week I was approach by Doug Starr who had “heard” (from Garrett - be careful what you tell him!) I played guitar and invited me to join the 8:45am Band, which I did a week or so later. I also started attending the Adult Forums and have now been through St. Paul’s 101 a few times, always learning something new, enjoying the open discussions and meeting new people.

What I have found and learned is that St. Paul’s is a very warm and inviting church that has a place for everyone. I certainly see God’s hand in leading me here and in giving me the desire to be received into the Episcopal Church where I know I will be “fed” for many years to come.