Upcoming Events and a Requiem Update

St. Paul’s Friends of Music wants to thank the many parishioners who have donated to our ongoing campaign to fully fund choral scholars.Stepping forward in faith, we have appointed two choral scholars named below having, thus far, raised $2,400 (42%) of the needed $5,760. They sing weekly in the 10:45 am Chancel Choir, offering solos from time to time. On two Sundays a month, Choral Scholars will join the 8:45 am ensemble.If you attend 8:45 and like what you see and hear, please make a contribution to Choral Scholars. Here’s how to donate!

2.Make your check payable to St. Paul’s Episcopal and, in the memo, write “Choral Scholars.”

Justin Badgerow, a Lancaster based pianist, presents a recital of solo piano music with the theme of “Reminiscences of Brazil”. Music of the early 20th century legendary Brazilian composers Villa-Lobos and Mignon will be presented alongside new Latin jazz-inspired works by living Brazilian composer Paolo Gondim. Badgerow has performed in the US, Mexico, South Africa, Ireland and Brazil and is Associate Professor of Music at Elizabethtown. Suggested Donation; $10 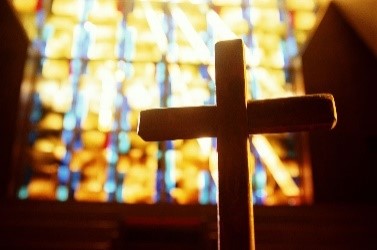 South Hills Organists will be playing their favorite organ works at St. Paul's Episcopal Church. Each recitalist will play 15 minutes on our wonderful Schantz organ. This year we have our St. Paul’s organists and welcome guests David Schaap from Trinity Episcopal Cathedral, Dr. Alice Lee, Ph.D. Professor of Biology, Washington and Jefferson College and organist, St. Thomas Episcopal, Canonsburg and St. Paul’s own Gareth Allegrucci who is organist at Church of the Advent and pursuing a B.S. in Music Education at Duquesne University. A Free-Will Donation will be taken.
After one month, having returned from Sabbatical, I wish to thank Vestry, Clergy, Choir, parishioners and especially our Music Assistant, Christin Cooper, for making my time away possible and productive. I cherish everyone’s generosity and support of such a fine music program at St. Paul’s. We have begun rehearsing my Requiem Mass, the work product of the Sabbatical. In each monthly Messenger, I will write a little about this new work.

Composing a Requiem is an intimidating act. Many great composers have written wonderful Requiem settings sung by thousands of talented singers under the baton of notable conductors. Unless a composer has something personal to say, it might be best to leave the Requiem alone. So to justify my effort in composing this work, here is something personal that I have tried to say.
Subtitled “All Saints Requiem,” it is a work of thanksgiving for all the saints in our lives. Who are they? We know them well; mother, father, sister, brother, aunt and uncle, neighbor, mentor, and even some official saints in the history of the Faith.
The sound of a Requiem should reflect the unique compositional voice of its composer. For example, Faure and Durufle, both French composers, had distinct voices in their Requiem settings. Faure wanted his to express a loveliness that softens the gravitas of the Requiem text and Durufle wanted the historical chant of the church to shape his setting. Both succeeded, remarkably. What voice do I bring to my setting?
Was it Frank Zappa who said, “A composer merely rewrites what has already been written?” After composing this work, I have self-consciously listened for and heard the voices of my favorite composers. You may hear them too; Herbert Howells, Charles Ives, Paul Hindemith, Antonin Dvorak, and even some jazz harmonies of Bill Evans. But I must say, at least I hope, that these borrowings do not disguise but inform my compositional voice. These and other sainted composers are my inspirations and, if we are creatively connected less than six degrees, it is inevitable that their voices are channeled in mine.
Tags: October 2019